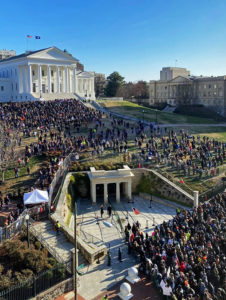 As your newly inaugurated Delegate for the 20th District, I will be publishing a weekly Newsletter to keep you informed about the legislation I see in Richmond, my involvement in the General Assembly, and highlighting meetings with members of the community who visit my office. My office is located on the 4th floor of the Pocahontas Building, room 437. I invite you to visit anytime you’d like. I ask that you call my Legislative Aide, Travis Smiley, at (804) 698-1120 to make sure I’m in the office. I look forward to seeing you all.

I am incredibly proud of the estimated 22,000 citizens who assembled to exercise 1st Amendment rights in defense of our 2nd Amendment. The civil and peaceful protest against anti-firearms legislation, under the watchful eye of the nation at large, demonstrated the level-headedness of law-abiding gun owners in our Commonwealth. While it is no surprise to me or any pro-2nd Amendment advocate that civility ensued, the mainstream media narrative that the gun lobby would descend on Virginia wreaking terror was decisively proved wrong. Not a single violent incident was reported, nor was a single shot fired despite many participants legally carrying outside of the firearms-restricted area. The nation watched as thousands of Virginians displayed the ability to overcome our differences while standing up for our Constitutional rights. Thank you to everyone who made this day one to rejoice in our Commonwealth, having made your voices heard through peaceful assembly and protest. Thank you to everyone who visited me and my colleagues to personally voice your support for the 2nd Amendment. Thank you to the thousands of joint law enforcement agents and emergency personnel for being here to ensure Virginians stayed safe. And thank you to everyone who prayed for Virginians’ safety. God Bless you all!

FIREARMS BAN IN THE CAPITOL
AND POCAHONTAS BUILDINGS

On January 10, a Joint House and Senate Rules Committee met to establish a ban on firearms at the Capitol and Pocahontas Building. As a result, everyone except for legislators is subject to metal detector lines and searches of personal belongings brought into the buildings where we work. Please be advised if you plan to visit, do not bring a firearm or you will not be granted access into these buildings.

I introduced two bills and one resolution this week.

HB1590: Local regulation of air cannons. Allows localities to require a special exception or special use permit for the use of certain devices, including air cannons, carbide cannons, or other loud explosive devices that are designed to produce high-intensity sound percussions for the purpose of repelling birds.
*Referred to Committee on Counties, Cities, and Towns.

HB1591: Official emblems and designations; state firearm. Designates the Virginia long rifle as the official firearm of the Commonwealth.
*Referred to Committee on Rules.

HR24: Commending the Honorable Richard Preston Bell. Delegate Dickie Bell has lived a life of public service. As a colleague in the Augusta County School System, and as my Delegate for 10 years, Delegate Bell’s exemplary record speaks for itself. I respect him greatly and thank him for his service to Virginia and the 20th District.
*Presented and laid on Speaker Filler-Corn’s table.

I added my name as a Co-Patron to the following Bills and Resolutions:

HB1551: Prohibits a person licensed by the Board of Medicine to practice medicine from performing an abortion that involves dismemberment of a fetus. (LaRock R-33)

I was appointed to the Pre-K – 12 subcommittee.  This week we voted on the following bills:

*Click on the bill number to read the title and substance of each bill, as well as to track how I voted on each one.

I was appointed to the Social Services subcommittee. This week we voted on the following bills:

*Click on the bill number to read the title and substance of each bill, as well as to track how I voted on each one. 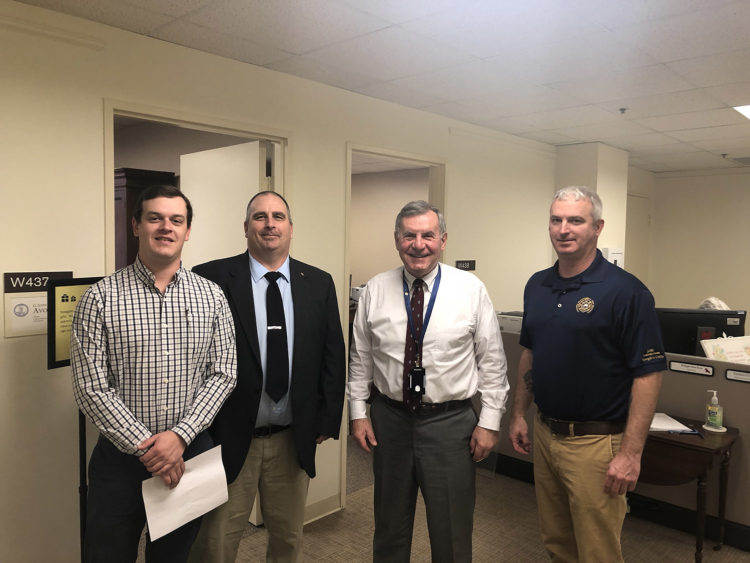 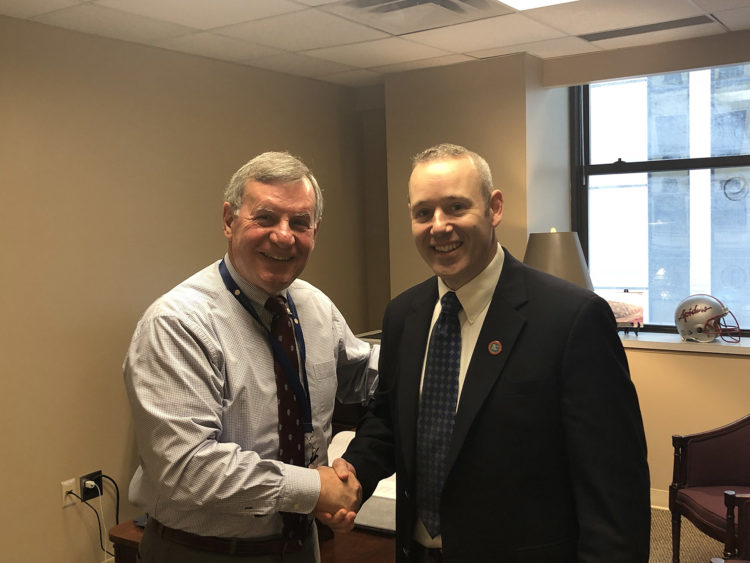 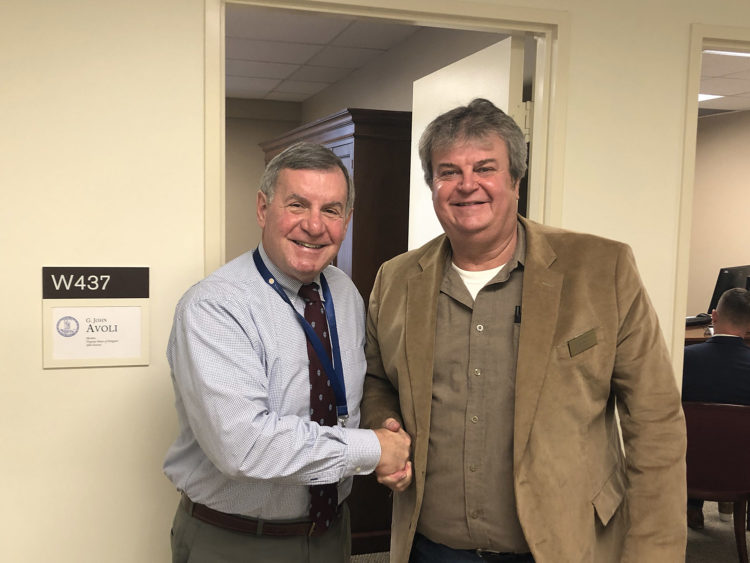 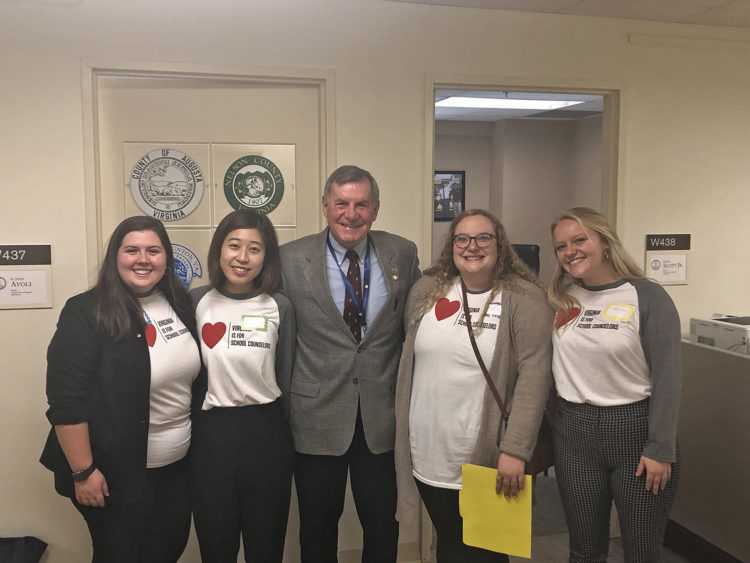 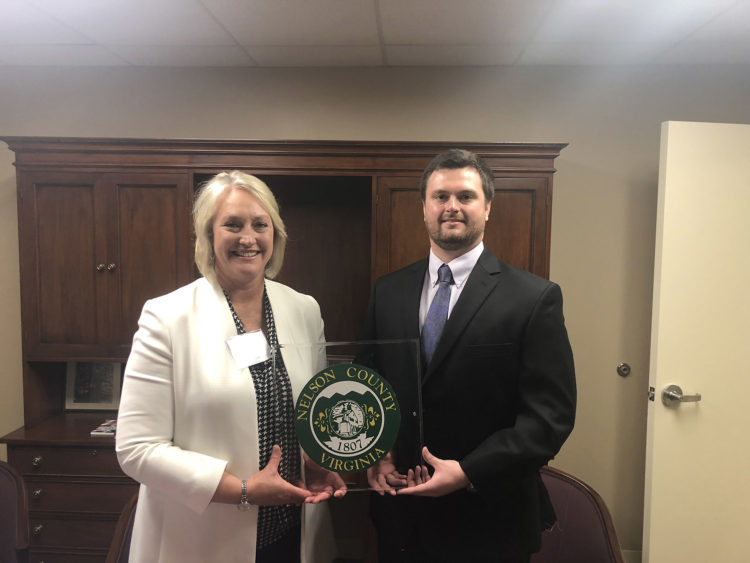 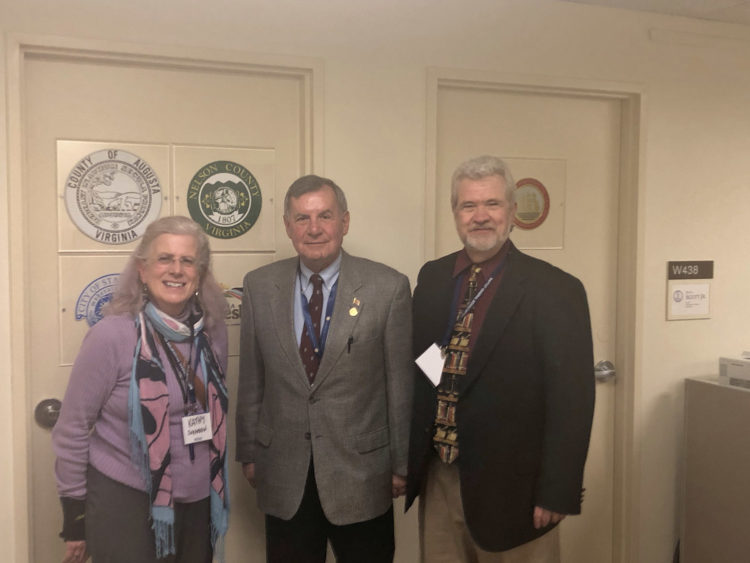