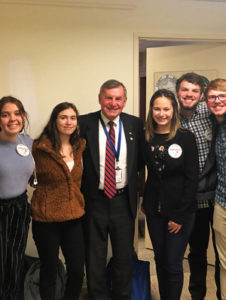 The fourth week of the 2020 Session has concluded, and I wanted to take a moment to update you on the latest news from Richmond.
This week, Democrats continued their efforts to ram major changes to Virginia gun laws through the House of Delegates despite bipartisan opposition to nearly every bill. They also voted to expand access to abortions by allowing medical professionals other than licensed doctors to perform them.
I find the Democrats’ position on both of these issues abhorrent, and I am proud to report that I voted against every bill. I will go into more detail on each bill in the next section, but I wanted to note that my stances on these issues are not about partisan politics. I am passionate about the oath I swore to uphold the United States Constitution and fighting to protect the unborn from the irreversible decision, one in which the fetus has no means to defend itself, to end a human life.
As always, I invite you to visit anytime you’d like. My office is in room W437 of the Pocahontas Building. I ask that you call my Legislative Aide, Travis Smiley, at (804) 698-1120 to make sure I’m in the office. I look to forward to seeing you all.

HB2: Universal Background Checks. Criminalizes the private sale, trade, and transfer of firearms without a background check. This bill makes it illegal to loan a firearm to a friend or family member on a hunting trip or at a shooting range without that person undergoing a federally licensed background check for the transfer, even if it is for mere hours in which you are spending quality time with this person whom you know to be a responsible, law-abiding, upstanding citizen with no criminal inclinations and every ounce of knowledge and respect for proper firearm possession.

HB9: Reporting lost or stolen firearms. Fines you up to $250 for failure to report a lost or stolen firearm within 24 hours of discovering the loss or theft to local or State law enforcement. The language in this bill is far too broad and could easily lead to prosecution of innocent gunowners should a prosecutor deem the gunowner to be dishonest in defending their failure to report. Losing possession of anything you own should not put you at risk of having to pay a fine and hiring a lawyer to defend you from a common occurrence and honest mistake. 24 hours is simply not a large enough window to determine whether a firearm is lost or stolen from your possession, and there is no evidence that reporting its loss or theft within 24 hours would do anything to prevent a crime. It’s not as if criminals send out a signal that they have stolen a firearm and plan to harm someone with it so that law enforcement could find your stolen firearm before a crime was committed. Additionally, could you be found guilty of violating HB2 above when a criminal doesn’t adhere to a background check during the “transfer” of the firearm from your possession into theirs?

HB421: Control of firearms, ammunition, etc. by localities. Asserts that each local governing body may adopt and enforce its own restrictions governing the possession, carrying, storage, or transporting of firearms, ammunition, etc. in its jurisdiction. This bill completely changes the current state code that states NO locality SHALL adopt or enforce any of the above. The problem with this bill is the confusion it causes to law-abiding gunowners who cannot rightly be expected to know the local restrictions of every county, city, or town in the Commonwealth. A person driving from Highland County to Nelson County could theoretically violate any number of local restrictions driving through the FIVE different jurisdictions of the 20th District in possession of a firearm they are legally allowed to possess in Virginia. The average citizen can not be expected to be aware of every local firearm ordinance in every jurisdiction of the Commonwealth, let alone be made into a criminal for simply not knowing that their hunting rifle or the type of ammo they prefer to hunt with is illegal in certain jurisdictions but not others. Imagine your vehicle breaking down on the side of the road in a jurisdiction that bans your favorite hunting rifle or ammo of choice and being found guilty of a crime you were entirely unaware of based simply on the misfortune of vehicle failure in the wrong place. Heaven forbid you should need to stop for gas in an unfamiliar part of the state on the way to your hunting destination.

HB674: Red Flag Law. Simply stated, this is a red flag law. Any citizen can report you as a risk to yourself or others and the local magistrate or judge can issue an order to remove all firearms from your possession until you can prove that you are not, in fact, such a risk. This one bill in particular violates the THREE US Constitutional Amendments. An officer of the court can violate your 6th Amendment right to the presumption of innocence- innocent until proven guilty- in order to violate your 4th Amendment right protecting you from unlawful search and seizure of property, which in this case happens to be firearms you legally own thanks to the 2nd Amendment. You haven’t broken the law in a way that bars you from owning firearms. Instead, a jilted lover or angry in-law reported you, without evidence, to an unelected officer of the court who could now arbitrarily deem it necessary to violate three of your rights guaranteed to you in the Bill of Rights.

HB812: Limitations on handgun purchases. Places a limit of ONE new handgun purchase per 30 days with the exceptions of law enforcement agencies, correctional facilities, state-licensed private security companies, purchasing antique firearms, a person providing an official police report of a stolen or lost handgun, or a person who trades in a handgun at the same time he makes a handgun purchase and as a part of the same transaction provided that no more than one transaction of this nature is completed per day. Plan accordingly if you want to purchase a handgun as a gift or personal protection for multiple friends or family members.

HB1004: Surrender of firearms while subject to a protective order. If someone is granted a protective order against you, you will be required to surrender your firearms to law enforcement within 24 hours of being served the order and unable to purchase another firearm or be returned your forfeited firearms until the protective order expires. This bills seriously violates due process and could violate your 6th Amendment right to the presumption of innocence.

HB1083: Allowing access to firearms by minors. Makes it a Class 6 felony to “recklessly” allow access to a loaded, unsecured firearm by any person under the age of 18. No matter how well-trained your 17 year old son or daughter may be in responsibly handling a firearm, you could become a felon for allowing them to use your rifle to hunt or shoot at a range, even under your supervision, should the broad term “recklessly” be recklessly administered in a court of law.

What do all of these bills have in common other than attacking our 2nd Amendment? They all place undue burden on law-abiding gunowners, limiting ones ability to defend themselves from violent criminals who, by definition, DO NOT FOLLOW THE RULE OF LAW. Every one of these bills makes Virginia a safer place for violent criminals to commit violent crimes with a substantially higher chance of attacking innocent victims left defenseless by these anti-firearm bills. Gun rights make Virginia safer FROM criminals. Gun control makes Virginia safer FOR criminals.

RECKLESS ENDANGERMENT OF PREGNANT WOMEN AND THEIR UNBORN BABIES

HB980: Expands who can perform first trimester abortions. This bill allows for nurse practitioners, physicians’ assistants, and nurse midwives to perform abortions. Eliminates the 24-hour waiting period between consultation and performance of abortion. Removes the requirement to verbally offer the mother the opportunity to view the ultrasound image. Offering the choice to speak to a physician is no longer required. The professional offering the procedure is no longer required to instruct the mother that consent may be withdrawn at any time prior to the performance of the abortion. No medical explanation of the risks, benefits, or alternatives must be provided to the mother, nor does the probable gestational age of the fetus need to be disclosed. Materials designed to inform the mother of the probable anatomical and physiological characteristics of the fetus and containing objective information describing the methods of abortion procedures and the possible detrimental psychological effects on the mother are no longer required to be available.

“Safe, Legal, and Rare” abortions decided on “between a woman and her doctor” used to be the rhetoric used to defend abortions. Now with HB980 the Democrats have overlooked safety and rarity in lieu of making abortions riskier and widely available without the need to consult a doctor or receive the treatment from a doctor. Abortion is sometimes medically necessary. I DO NOT deny this fact. But to use abortion as a means of birth control is a form of moral bankruptcy I cannot sanction. Innocent life in the womb is not something to be tortured and killed and risking the health of the mothers who have a medical need to abort by expanding the scope of medical professionals who can perform abortions beyond those with a Medical Degree is reckless endangerment.

MY BILLS AND RESOLUTIONS

HB1590: Local regulation of air cannons. Allows localities to require a special exception or special use permit for the use of certain devices, including air cannons, carbide cannons, or other loud explosive devices that are designed to produce high-intensity sound percussions for the purpose of repelling birds.

*The bill was struck from the docket for the 2020 Session. I requested this action in order to address concerns with the bill as it relates to the Right to Farm Act. The Farm Bureau has agreed to help find locality-based solutions rather than mandates coming from the state level regarding nuisance animals on agricultural property.

I added my name as a Co-Patron to the following Bills and Resolutions:

Follow along with bills I heard and voted on in committee:

Follow along with bills I heard and voted on in Pre-K – 12 subcommittee:

Follow along with bills I heard and voted on in committee:

Follow along with bills I heard and voted on in Social Services subcommittee: 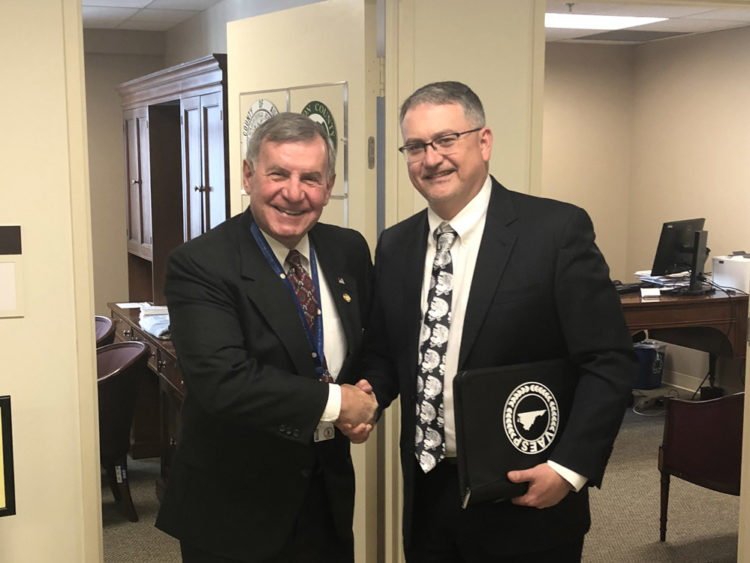 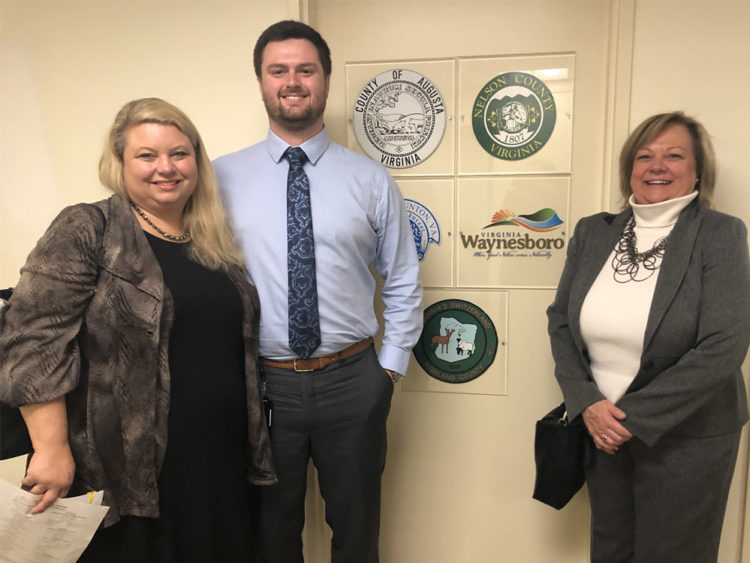 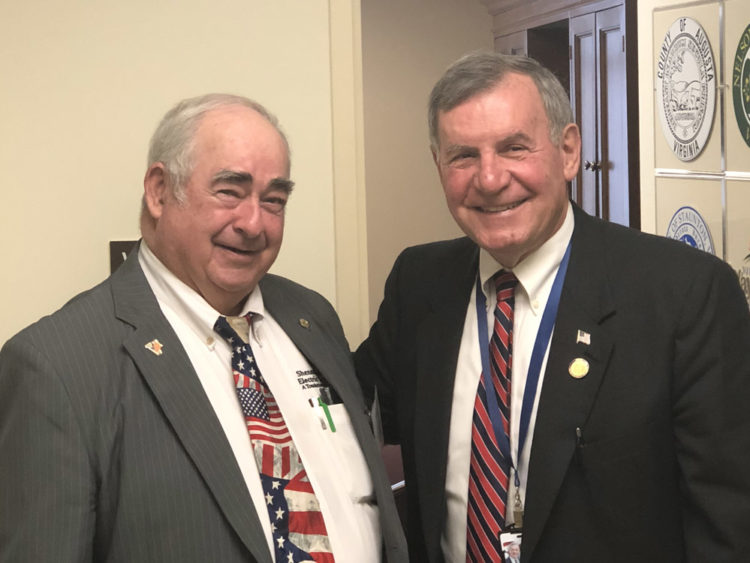